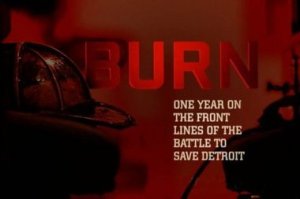 Denis Leary, founder of Leary Firefighters Foundation (my team for the NYC Marathon) and co-creator of FX series Rescue Me, has teamed up with Jim Serpico, his production company partner, to make a documentary film about firefighters in Detroit.  Tom Putnam and Brenna Sanchez are the directors on the front-lines. It’s a powerful story, and our help is needed getting it out to the world.

Here’s the official synopsis for Burn:

BURN is a documentary about Detroit, told through the eyes of its firefighters, who risk their lives to save a city that many have written off as dead. Detroit firefighters have a front-line look at issues many American cities are just beginning to face. Along with the foreclosure boom, arson fires in Detroit have skyrocketed. The reasons vary: Homeowners desperate to get out from under mortgages, gangs and drug dealers out for revenge, bored teens failed by the education system. The end result is a city struggling to cope with one of the highest per capita arson and fire rates in the world.

Every shift, Detroit firefighters face injury, disablement, illness, death. But still they come back, day after day, resolved they can make a difference. And they do it with camaraderie and a remarkable sense of humor.  We have embedded with firefighters of the DFD and are following the Detroit story through their eyes. Our film explores human struggles, hope and personal courage in the face of overwhelming odds.

Until now, no one has properly explored these issues, and these heroes, with the depth and detail they deserve. 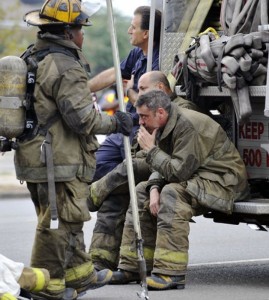 Please, spread the word any & every way you can think of; make a donation–any amount that you’re able–to push this film through production!

Not only is there super-cool stuff to be scored according to your donation amount (title credits, tickets to premier, swag) but a portion of the proceeds will go to Leary Firefighters Foundation to enable them to purchase equipment for the Detroit fire department.

Which gives you two  (2!) fab ways to support Leary Firefighters Foundation. My 2nd race as a member of Team LFF in the New York City Marathon is just days away, on this Sunday, November 6th. Please support my efforts,using a recumbent trike as reasonable accommodation for a disability (MS) in the handcycle division, to help raise funds & awareness for this phenomenal nonprofit organization. LFF is making a real, life-saving difference, in the lives of firefighters. You can too!

I only have two weeks left to reach my fundraising goal and I really, really need your help!